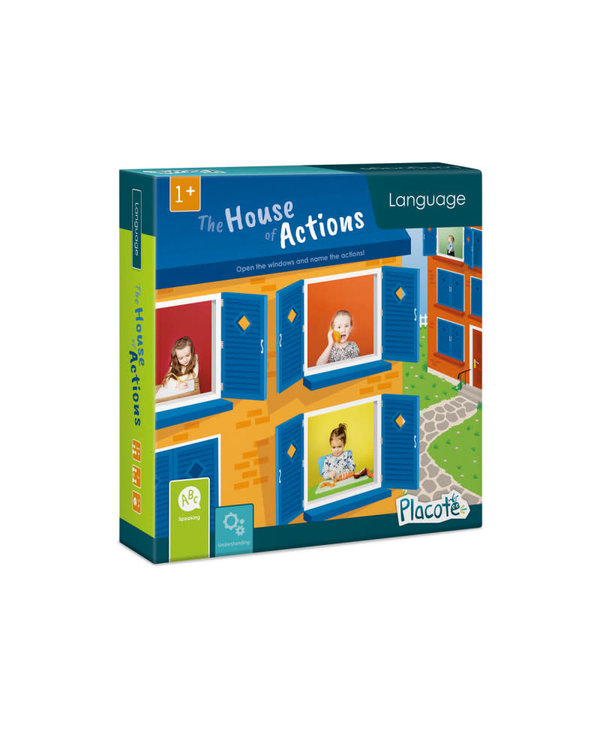 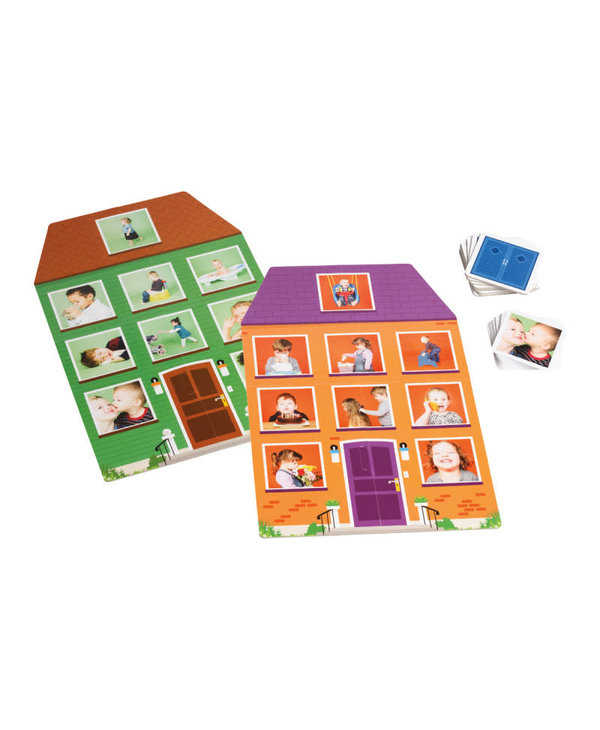 The House of Actions

The House of Actions is designed to help children aged 1 to 3½ develop their action word vocabulary. The four different houses depict action verbs of varying difficulty, so the game gets more complex as your child learns....Lire plus

In the period between ages 1½ and 3, children learn a great number of verbs. This is the ideal time to encourage them to use these new verbs, an ability that will be crucial when the time comes to form their first sentences.

The action words depicted on The House of Actions cards have been chosen because they tend to be among most children’s first 500 words. The four houses depict verbs of increasing difficulty. Children should proceed from the green house to yellow, orange, and finally red. The game grows in complexity along with the child’s skill level.

Remember that young children are especially fond of hiding and discovering objects. The House of Actions taps into this interest, giving children an opportunity to both hide and uncover images of children performing common actions.