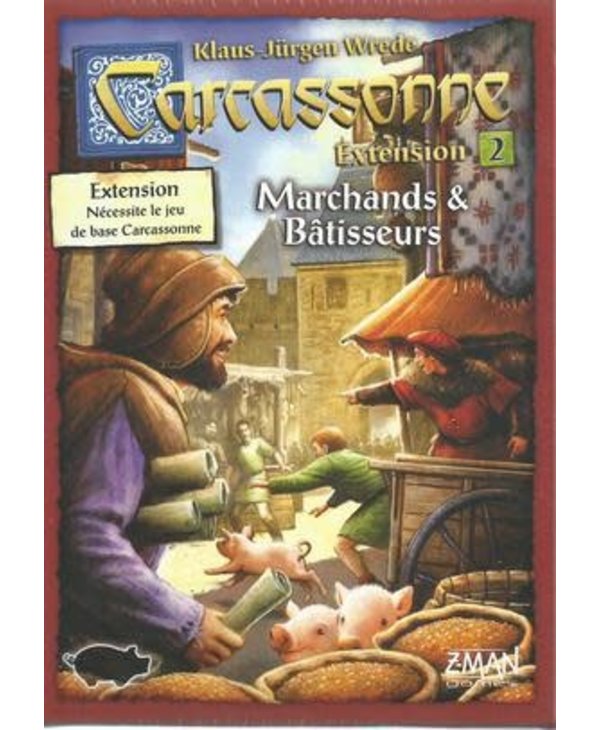 Traders & Builders contains 24 tiles with new features such as Bridges and Cities.

Some tiles also feature symbols for the goods Wine, Cloth and Wheat. Players collect one of these goods when the feature that has it on the tile is scored. Players with the most of each type of good gets bonus points at the end of the game. There are also two new wooden playing pieces in this expansion. The Builder is like a meeple in that it may be placed in a city or road as a kind of supervisor. A subsequent tile extension of the feature the Builder is in allows the player another tile placement. Farmers will also be able to place a new Pig pawn in a field for extra points at the end of the game.

Finally, Traders & Builders comes with a large cloth bag. Not only does this makes it easier to keep and handle the tiles, but it also removes the problem of having non-identical backsides.