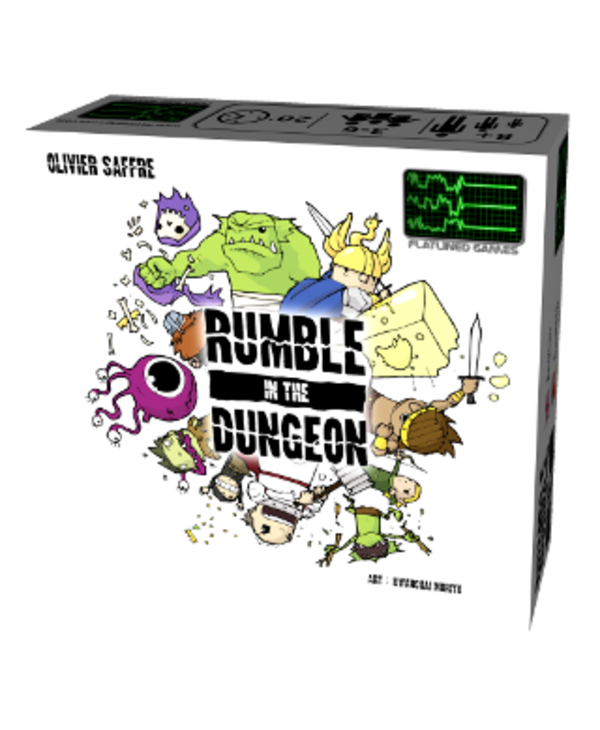 Rumble in the Dungeon (ML)

Rumble in the Dungeon is a very simple bluffing and guessing game for the whole family....Read more

The twelve characters start in the house. Each player receives two secret character tokens. In turn, players will move one of the characters inside the dungeon, or pick a victim and eliminate it from the game. The player who keeps his secret characters the longest in the dungeon shall win the round. During play, the other player's moves provide clues to their identity, unless of course they bluffed by moving other characters on purpose... Everyone tries to identify and expell the other player's characters while keeping their own safe. Furthermore, if a character exits the Dungeon with the dead king's treasure chest, he wins the round!