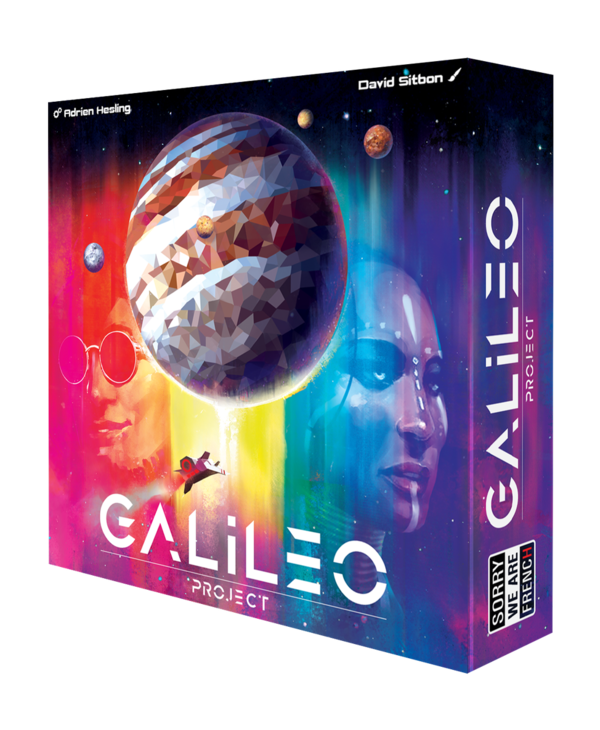 Galileo Project is a standalone game in the Ganymede universe, combining combos and engine building....Read more

30 years after sending the first colonial ships from Ganymede, humanity decided to launch Project Galileo! Its goal: settle onto the four main satellites of Jupiter to broaden human presence in the solar system.​

Play as the same corporations involved in the events of Ganymede and settle onto the 4 satellites of Jupiter by acquiring robots from Earth and Mars, recruiting experts, developing technologies, and building superstructures.

– INFLUENCE EARTH AND MARS: Manage your influence on the two tracks. You only have 1 influence marker though, so spend megacredits to swap tracks quickly!

– ACQUIRE ROBOTS: Spend your Earth or Mars influence to take a blue or red robot from the board. Assign the robot to a moon, activate its effect, and gain bonuses!

– HIRE CHARACTERS: Choose a character from the board and gain their influence. Then activate the top or bottom effect, depending on which color track you are on.