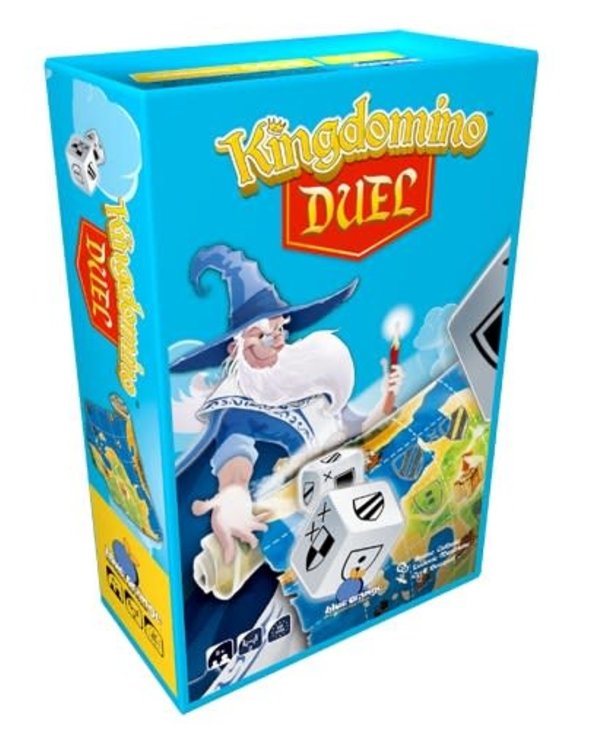 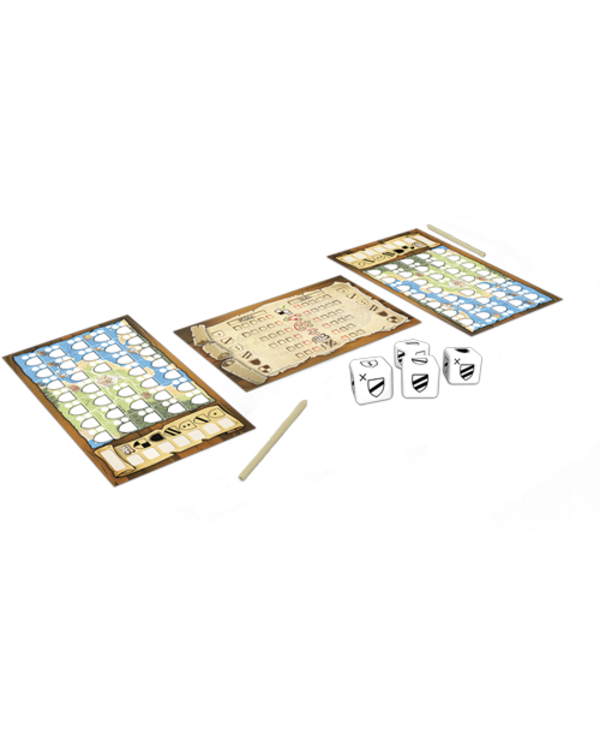 Roll the dice, choose the ones you want, and put them together in pairs to create your dominoes. Domino by domino, fill in your map while entrusting the territories of your kingdom to loyal dignitaries. Gather favors from wizards in order to cast powerful spells which will allow you to rule without having to share. Kingdomino Duel is a completely independent game which preserves the essence of the acclaimed original Kingdomino. In this game, instead of adding dominoes to your kingdom, you will choose two dice to combine into a single “domino” which must then be drawn into your kingdom.