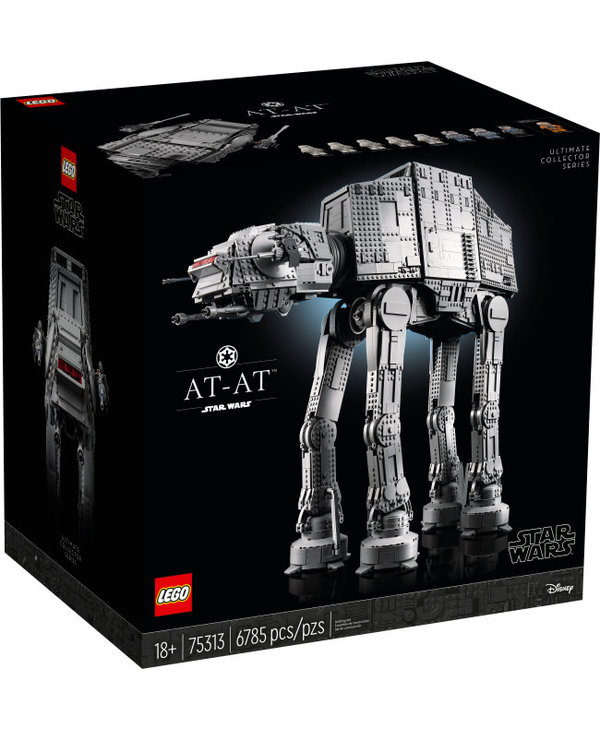 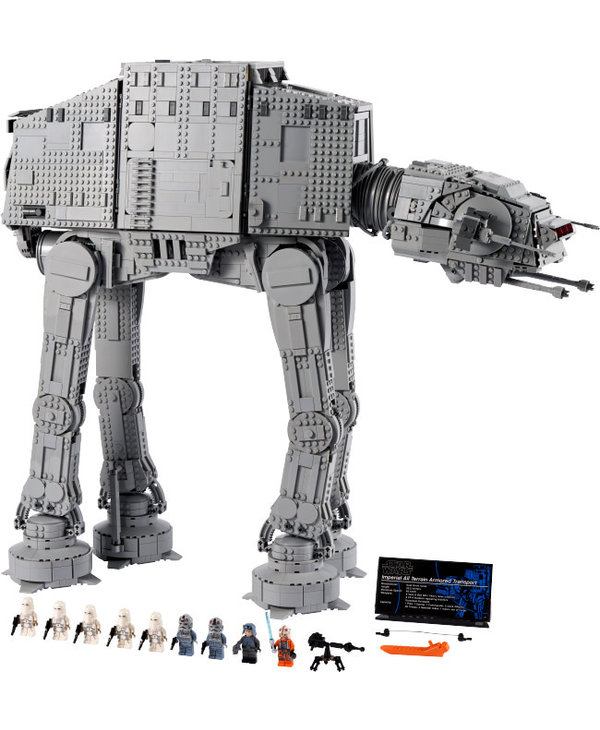 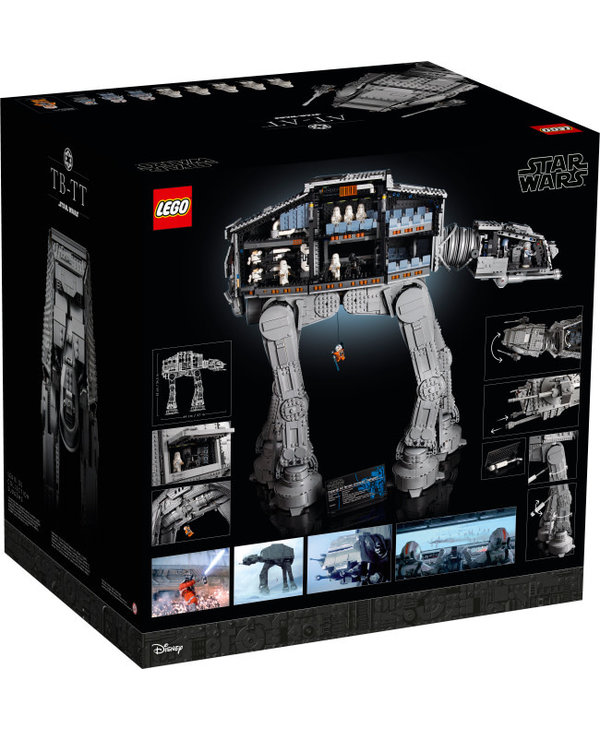 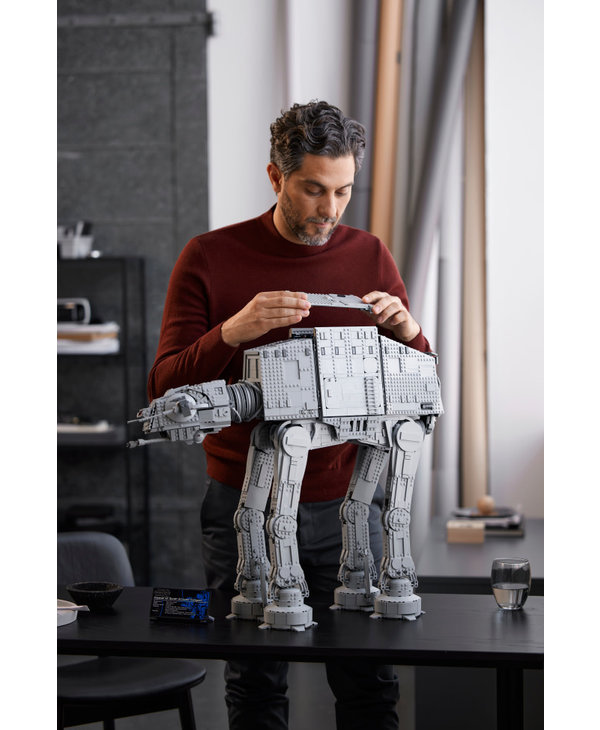 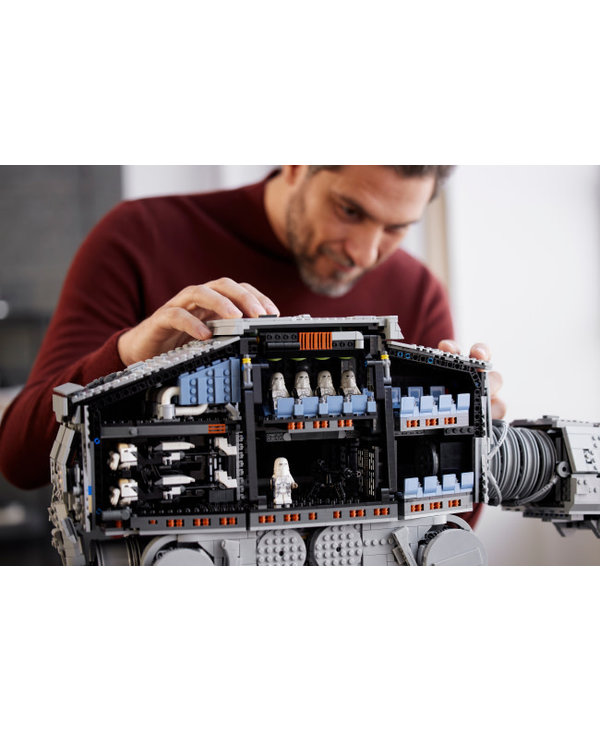 This is the AT-AT (75313) that every LEGO® Star Wars™ fan has been waiting for. This epic Ultimate Collector Series build-and-display model features posable legs and head, cannons with a realistic recoil action, rotating cannons, bomb-drop hatch and a hook to attach to Luke Skywalker’s line, just like in the Battle of Hoth. Room for an Imperial army The AT-AT measures over 24.5 in. (62 cm) high and is easily opened to view the detailed interior. The main body has space for 40 LEGO minifigures (General Veers and Luke Skywalker are among 9 in this set), 4 speeder bikes (2 included) and the included E-Web heavy repeating blaster. The head/cockpit seats 2 LEGO minifigures and has space for 1 more. An information plaque completes a magnificent display piece. Super gift This collectible LEGO Star Wars set for adults makes a special gift for yourself, Star Wars fans and any advanced LEGO builder. It comes with clear instructions so you can enjoy every step of the immersive and challenging build.

• Build and display the first-ever LEGO® Star Wars™ Ultimate Collector Series version of an AT-AT (75313) from the Battle of Hoth in Star Wars: The Empire Strikes Back.
• Includes 9 LEGO® Star Wars™ minifigures – General Veers, Luke Skywalker, Snowtrooper Commander, 4 Snowtroopers and 2 AT-AT Drivers – plus an information plaque to complete a stunning centerpiece.
• This epic, buildable model features posable legs and head, opening hatches, cannons with a realistic recoil action, rotating cannons, bomb-drop hatch, and a hook to attach to Luke Skywalker’s line.
• The AT-AT has panels that lift-off to reveal the interior. The main body has space for up to 40 LEGO® minifigures, 4 speeder bikes (2 included) and the included E-Web heavy repeating blaster.
• This 6,785-piece set offers a complex and rewarding build and makes the best birthday present or holiday gift for yourself, any Star Wars™ connoisseur and advanced LEGO® builder.
• Measuring over 24.5 in. (62 cm) high, 27 in. (69 cm) long and 9.5 in. (24 cm) wide, this brick-built LEGO® Star Wars™ UCS model makes an awesome display piece in any room.