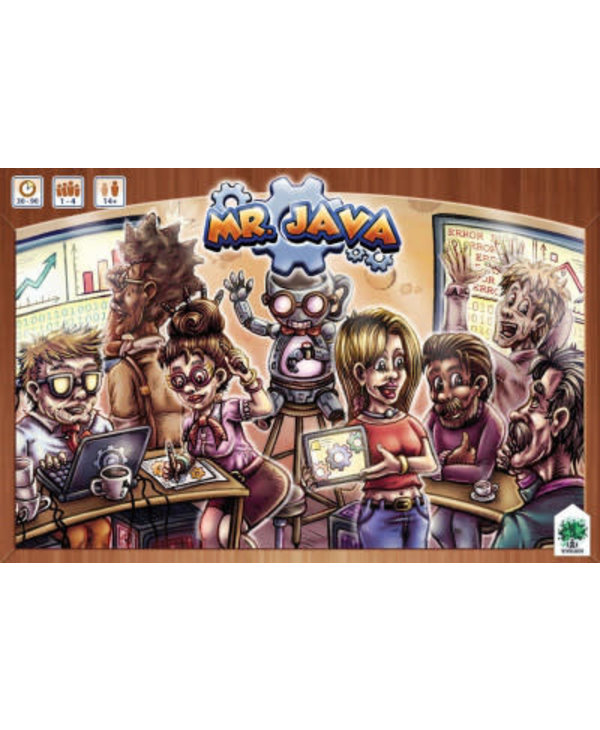 Have you ever wanted to run a business? Manage human resources? Deliver projects? This is your chance to be able to live this experience thanks to the new board game "Mr. Java"!...Read more

The game is focused on an IT company, but the life of a business owner is universal: managing choices of action, budget, human resources, employing consultants, improving the productivity of his team and of course delivering projects according to the deadlines prescribed by the client but while meeting their needs!

Your work team is made up of 3 resources (a designer, a programmer and a tester) each having their own area of expertise. In addition, your work team has special abilities during the game.

You also have the possibility of having 2 new resources at your disposal (a project manager and a project controller). These resources allow you to pay less for project and productivity cards as well as being able to manage multiple projects at the same time and increase your team's productivity.

The game is made up of 15 to 30 game turns with choices of actions to be performed.

The victory points will be counted in different ways:

The player with the most victory points at the end of the game will be the winner.