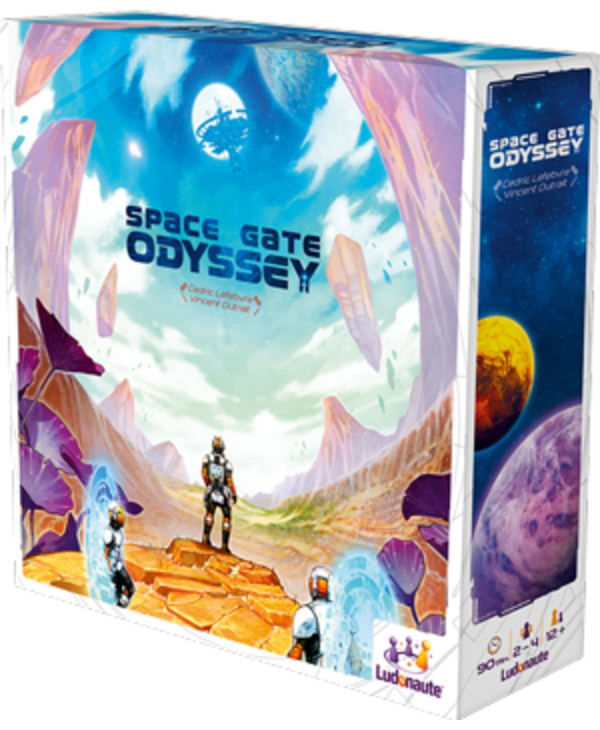 The future of humanity awaits you in Space Gate Odyssey....Read more

A system of viable exoplanets has been recently discovered and the Confederations are flocking into space to colonize it. In this 2 to 4-player development and flow-management board game, you play the leader of one of these Confederations and play your influence in the Odyssey command station to send as many of your settlers as you can on these exoplanets.

After decades of research and technological development, humanity is preparing to leave the Earth to colonize this discovered system. To get there, only one possible means of transport exists: space gates. For reasons related to physics and other quantum aspects, these gates can be built only in space. The Confederations have therefore embarked on the construction of their own station in orbit, equipped with space gates.

At the beginning of the colonizing era, these portals make it possible to go on one of the first three discovered planets. As soon as an entire contingent of settlers has joined the gate of a space station, it is teleported to the corresponding exoplanet. The landing conditions vary according to the planets and the choice of colonized spots quickly becomes strategic.